Request for you to join us in praying this prayer on the death anniversary of Brother Thomas Brownel on the 21st of October.

He protested against Henry VIII and was jailed and starved to death in a filthy prison.

He was a Brigittine consecrated brother, a forgotten martyr of Syon. 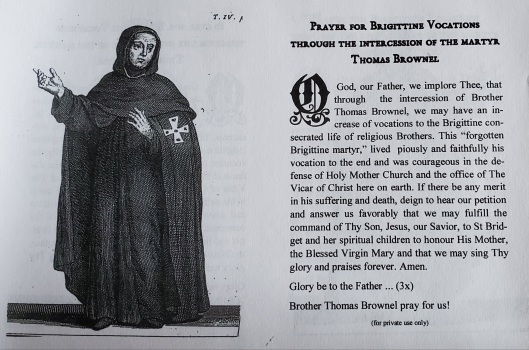